Most people have one physical thing about themselves that they like: legs, calves, arms, smile. I have always loved my hair.  It helps that people have been complimenting me on my hair since I was a toddler.  Growing up, I basically looked like Snow White—very pale skin and VERY dark hair.  So dark, that kids asked me in elementary school if I had blue hair.  It was thick and curly, though the curls have calmed down into waves. Once, a woman came up to my mom at a toy store and asked if she had dyed my hair—at five-years-old! 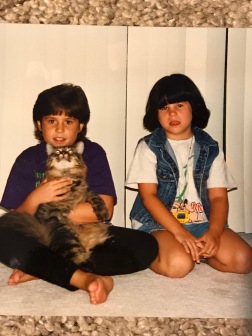 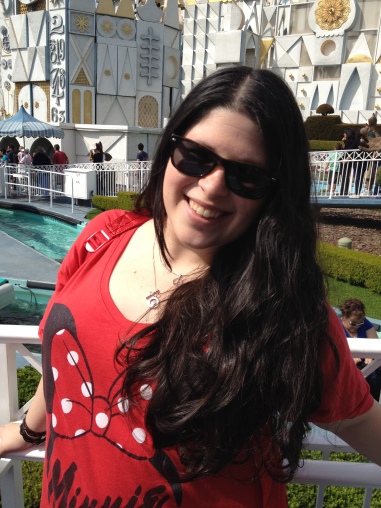 I’ve gone through some hair journeys in my life: thick bangs, bowl cut (thanks mom/SuperCuts), curly, straight, ect.  In college, I didn’t cut it for about two years and it went all the way to my butt.  The only thing I disliked about my hair was that I started getting white strands as early as 15.  I blame my grandmother. I used to sit in front of the wall of mirrors at my dance studio, combing through and pulling out every white hair I could find. It wasn’t until my hair was gone did I realize how much I relied on it as a part of my self-confidence.

In September of 2015, I found out that I had a brain tumor, a meningioma. My little guy was small and the type of tumor was supposedly slow growing. My doctor assured me that people go twenty to thirty years without having any trouble. That October I was admitted into the hospital with seizures—my tumor had grown exponentially. A week later I was back home, half my head shaved, and a nasty crescent shaped scar. I tried to avoid mirrors at all costs and went on a hat buying spree. Get yourself a mom who can knit—I ended up with six crocheted hats in total. But I knew it was only temporary. I can rock hats for a bit, I told myself. Shaved hair will grow back.

Mama made that hat!

A year passed and I’m slowly wearing hats less and less. My hair was almost back to its normal length and texture. I was starting to get my groove back, feeling better about my appearance. I received the results from my MRI scan in December of 2016 only to learn that my tumor was back. I wasn’t going back into surgery, but something had to be done about the tumor. The only option left was radiation.

I started my 2017 with seven weeks, five days a week, of radiation therapy.  The first two weeks I felt great.  By week three, everything changed.  After my shower, I sprayed in some detangler and started brushing my hair.  I pulled my hot pink brush away from my head and looked down—It was full of black strands.  I just stared, trying my hardest not to break down in tears.  But once I started pulling the mounds of hair out of the brush, it was as if my confidence had completely disappeared. I honestly didn’t expect to have that kind of reaction. I’ve never had a huge problem with my self-esteem; I just didn’t really care what people thought of me in terms of what I’m wearing or how I look. But seeing the clump of dark hair in my hand felt like a punch to the gut. 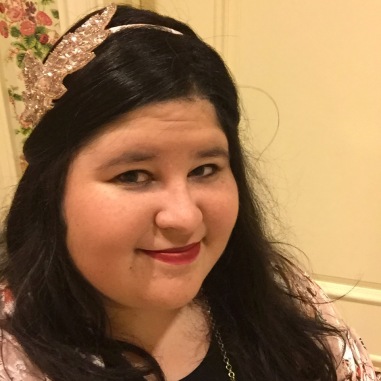 Wig at a wedding

The next few months went like this: avoiding the hair brush, bunches of long black strands appeared on my pillow every morning, and after every shower, the drain was packed full.  The oncologist warned me this will happen.  What I didn’t realize, was that I would lose hair all over my head, not just in spot where I was being zapped with a laser. On top of all this, the hair that was growing back came in white.  I looked like Cruella de Vil’s younger sister. Not only did I feel like garbage on the inside, I felt embarrassed and self-conscious on the outside as well.  I tried to joke around about my hair, taking stupid pictures of the white ringlets that sat at my temple, but it was really just a façade about how insecure I felt. I didn’t want an outside reminder of my illness. I declined invitations, rarely leaving the comfort of home. My hair was my security blanket and it felt like someone had ripped it away from me. And I had no idea when I would get it back.

Another year later.  I’m 26 years old and I still wear a hat every day.  Whether it a beanie or a dad hat, my head is covered.  However, my confidence as well as my hair is slowly coming back. I was tested during the summer, breaking down when I had to buy a wig for a friend’s wedding.  I can tell I only have a few more months until the hair is long enough to color and style.  The last few years were definitely a roller coaster in the self-esteem department but I learned that I just needed the time to grieve the loss of my hair. Things have changed. Instead of getting compliments on my striking black hair, people strike up conversations about my Disneyland hat or the color of my handmade beanie.  Hair is just hair. It will never determine my self-worth.

Previously published on The Mighty:

I Am Not My Hair

One thought on “I am Not My Hair”