When the Aurora, Colorado shooting happened on July 20th, 2012, I was absolutely devastated.  Obviously, I was saddened for the many people who lost their lives and were injured that night—I even had a friend who was also seeing The Dark Knight around the same time at another theater just a few miles away.  But I was really upset about the fact that it happened in a movie theater.

Movies have always been really big in my family.  Most of our dinner table discussions revolve around trading movie quotes back and forth or what movie we’ll see over the weekend.  I even ended up getting a degree in film because those classes were the most interesting and fun for me.  There’s nothing like seeing a movie in the theater. Nowadays it’s so easy to just stream or download movies but the atmosphere in a movie theater can never be reproduced.  So when the shooting happened, my first thought was how one of my favorite places to go was no longer safe. In just a few minutes, someone ripped away the safety net.  People send their teens to the movies because they know they aren’t running around, getting into trouble.  They no longer have that peace of mind. Families can’t send their children off to school without worrying if they’re school is next. 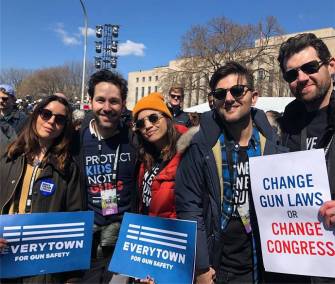 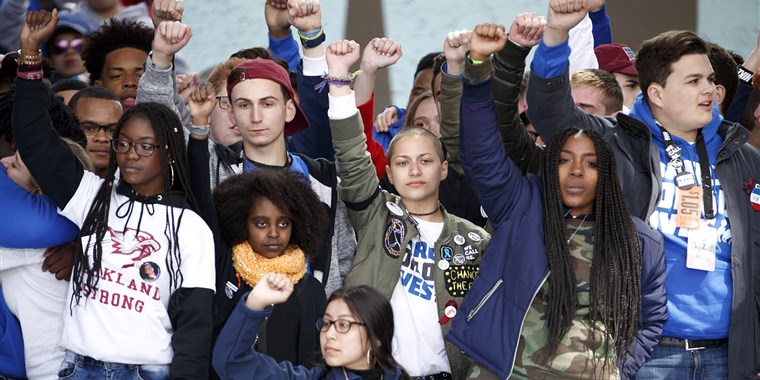 I have never been more impressed with the teens of today than I have been with the students at Marjory Stoneman Douglas High School in Parkland, Florida.  Florida seriously can’t catch a break, with the Pulse Night Club shooting a few years ago and now this.  The stories you usually hear about teens these days are about a dumb Internet challenge or their social media addictions. The students of Parkland have gone through the worst thing they will ever experience, something no one should have to endure.  One thing that really got me was that this school had just gone through “school shooting” training a few weeks before the Valentine’s Day shooting.  It doesn’t matter how much training you can have, when you’re thrown into such an intense and horrifying situation, all hell breaks loose.

These kids are using this tragedy and their experience as a platform against gun violence. They are using their voice against the big bads of Washington to fight for what they deserve. They are challenging these lawmakers to step up in the name of people’s lives. The protests that happened this past Saturday were absolutely breathtaking.  Seeing the amount of people of all walks of life protesting and standing up for gun control filled my heart up with so much joy. The speeches coming from some people as young as eight-years-old were so inspiring and were definitely heard all around the world.

A lot of people on the other side of the issue seem to think that the protesters want to be rid of suns entirely, but that’s not what they’re saying.  We want gun reform.  Changing the age of purchase—kids can fight in a war and shoot a gun before they can legally buy a drink or rent a car? Other reforms like having stricter background checks—especially when it comes to mental illness—as well as getting rid of semi-automatic guns that’s only true purpose is to kill. Some may say that after the protests, the issue will fade out by another thing Trump has said or done, but those people obviously don’t know persistence of youths.  They are going to push and prod until something is done. They are the future voters who will change the world. These students are our future and they are fighting for justice and peace.  I’m in awe.

I’m not going to lie, I still get scared when I go to the movies.  As the lights go down and the trailers begin, there is a jolt of anxiety that rushes through my body.  I take a look around and then settle down. It doesn’t stop me from going to the movies, or a concert, or any other place where there is a large group of people.  I won’t let these people take away things that I love with fear.

Just want to leave you with one of my favorite moments from the march:

This song gets me EVERY. DAMN. TIME.

Thanks for reading my rant.  Just somethings I needed to get off my chest.