Tragedy has struck our television screens. The idiots at Fox have cancelled Brooklyn 99. The Internet went absolutely crazy after the announcement yesterday, lashing out at the network for getting rid of such a important and inclusive show. People were immediately tweeting different hashtags like #SaveB99 and #Brooklyn99, where it was trending world wide with two separate hashtags. These campaigns came out in full-force and by this morning the show was being shopped around at Hulu, Netflix, and other networks.

When you piss off Lin Manuel Miranda AND Luke Skywalker, you know you done messed up! 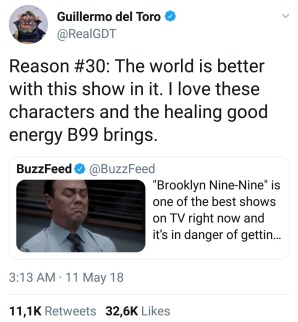 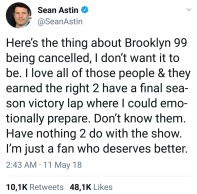 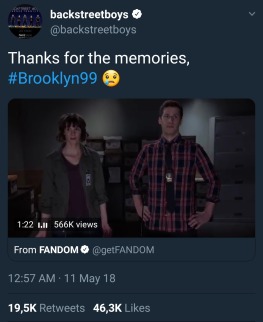 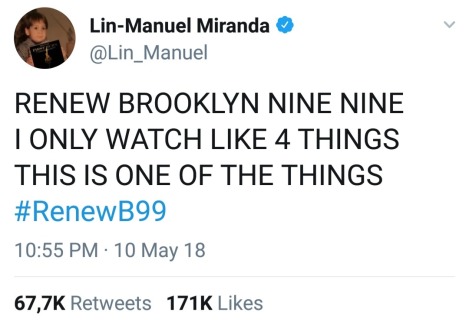 That is the genius of Dan Goor and Mike Schur. They take simple subjects like a common work-place, local government, and now, a police precinct, and create amazing and diverse characters. They kicked it up a notch with their storylines with Brooklyn 99 and told more serious and timely stories while still keeping their silly tone. Two Latina cops, one that becomes a Lieutenant, a black and openly gay Captain who is running for Commissioner, a leading man who is a feminist, the list goes on.  The show also recognizes how police are perceived in the media and they don’t shy away.  This show is so important and so hilarious, it’s not fair that it’s being taken away from us.