I LOVE travel YA books: road trips, trips abroad, even just the short little escape a few hours away from home. I live vicariously through these characters because I’ve never had the luxury to go on these kind of trips. Most of these type of books are set during the summer because what time is more alluring than the three months that make up a summer vacation. The sun stays out longer, the heat burning your skin as you travel through unknown territory—it just screams adventure and possibility. So! Here are a few of my favorite YA Summer Travel Recommendations:

This sequel of Cotugno’s book, 99 Days, takes place over, you guessed it, 9 days. While on vacation with her college boyfriend, Molly runs into her ex Gabe and his girlfriend Sadie, at a tube station in London. The couples end up spending the 9 days together, trying to keep their fallout—and obvious tension and chemistry—from their significant others.

If you’re a fan of the first book, I think you’ll find great delight in this sequel. the chemistry between Gabe and Molly oozes on the page. I also really appreciated that Cotugno didn’t make their partners into the villains of the story. It would have been such a cop-out. 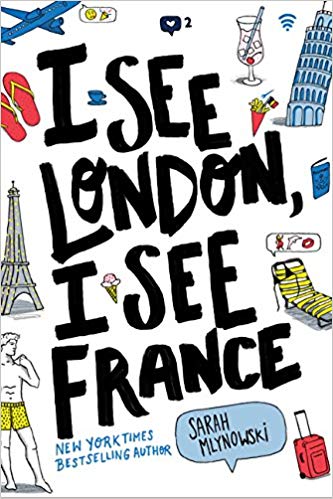 Sydney and Leela weren’t expecting to run into Leela’s ex on their plane to London at the start of their European adventure, especially with his hot and douchey best friend in tow. They spend the next four and a half weeks weaving their way through Europe, their plans going straight out the window.

One thing I appreciated about this was that the character felt true to their age. At 19 years old and having just finished their first year of college, these characters acted their age. How can you expect a book to travel to Amsterdam and not have them be smoking weed and strolling through the red-light district. The mentions of drugs and sex aren’t so explicit that I think this warrants a New Adult category, but it is meant for an older reader.

After her mother’s death, Lina is granting her mother’s dying wish of moving to Tuscany to get to know her father. As she finds a journal of her mother’s time in Italy, Lina and the charming Ren follow her mother’s footsteps and unearth surprising revelations about her and her father’s life.

This book really surprised me. As cute as the cover and title are, I thought this was going to be a much fluffier and light read, but it has a lot of depth. The writing was extremely vivid and it made me feel like I was with our two characters on their journey through Italy.

A companion to her previous work Love and Gelato, Welch tells the story of Addie and how she got roped into a road trip all over the Emerald Isle with her brother and his online friend. Before she leaves for the road trip, she comes across a strange guidebook, Ireland for the heartbroken. This is the perfect way to work through her heartache that she left at home before returning to high school.

While not as good as Love and Gelato, I still really enjoyed this book. The relationship Addie has with her brother Ian was really beautiful, even when they were struggling to understand each other’s feelings. While you don’t need to read Love and Gelato to understand this book, it makes the cameo appearances more fun. 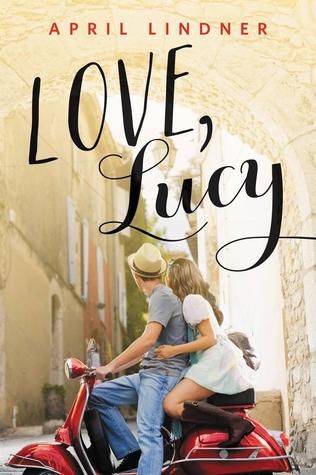 Love, Lucy is a fast and sweet story about a girl on a trip around Venice, Italy and falls in love with a street musician, Jesse. After their world-wind summer romance, the couple doesn’t want to end what they have, even with Lucy going back to America to start her first year of college.

Lulu meets Dutch actor Willem De Ruiter after a performance in England and are hit with an instant connection. They spend the next day together, ending up in Paris with Lulu completely alone: no Willem, no note, nothing. She returns back to America to start her first year of college, never forgetting about her great adventure and the boy that changed her life. In the companion novel, Just One Year, we get Willem’s perspective about what happens the year after their one night together. Gayle Forman is great with duologies. She has a talent for weaving storylines while still moving the story forward.

These are some more travel books I have on my TBR that I hope to get to soon: 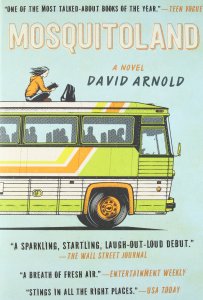 August and Everything After – Jennifer Salvato

I will have a post going up sometime soon about general YA summer books. Enjoy!

THIRTY. FLIRTY. THRIVING.
30! 30! 30!!!!! @narnold3 I can’t believe this is the year we hit the big 3-0! When did we get to be so old? After 23 years of friendship, you’re stuck with me. We met in a summer dance class before 2nd grade, and when school started again, we found each other in the same class—it was kismet! Years of dance, soccer, and school, with summers playing tennis and swimming in the pool. I still think of us as the teenagers going to get French fries at 11pm. I hate having to spend the last few years living in different states—it’s just not fair! I wish we could be together to celebrate, I miss you so much!!! Have the most wonderful day, best friend. I LOVE YOU!!! 💕😘
Some of my favorites of this miserable year! I read 227 books this year and watched—and rewatched—so many great things. Truly a bright light in this dark and gross year. ✌🏼out 2020, you won’t be missed.
The polls are officially open in Florida! I’ll be wearing this shirt until Nov 3rd. 💙🇺🇸💙
This book was WILD! Such a fun and crazy ride. I highly recommend! 📚⭐️⭐️⭐️⭐️⭐️
Well, officially woke up with a crying hangover. After three and a half hours of straight up sobbing, this is the aftermath. I finished this bad boy last night and it wrecked me. The events in this book are ripped straight from the headlines—police brutality, shootings, protests. Such an important book that so many people should read. .