I spent the past seven days in mourning. My hometown was hit with two tragedies and I have never felt so helpless

If you’ve been living under a rock or in another country, you may be in the dark about what’s being going on in California. On Wednesday, November 7th, there was a shooting at a bar in Thousand Oaks, a town just a few miles away from my hometown of Calabasas. This was a very popular bar and restaurant for the whole area of the San Fernando Valley. On this particular night, it was filled with young patrons as it was “College Night.” Thirteen people were killed including the gunman and one sheriff. I didn’t know anyone, but friends of mine kept posting about how they went to that bar all the time, one even posting about how often he attended “College Night” on Wednesdays and that if he wouldn’t have been out of town for work, he would have been there. All of this comes at the heels of the devastating tragedy The Tree of Life synagogue in Pittsburgh. 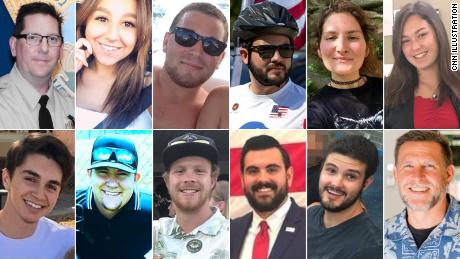 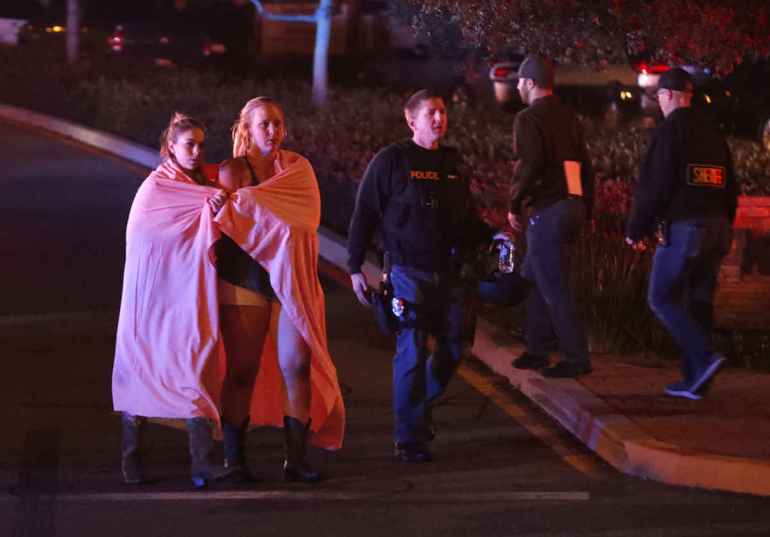 How many more mass shootings do we have to endure before the government does something about it. People are afraid to go to the movies, have fun at a bar, attend school, worship in a church or temple because they never know if they are at the wrong time, if they are going to become another statistic. After the shooting at a movie theater in Aurora, Colorado, I am constantly on alert when I go to the movies, always very aware of my surroundings. I shouldn’t have to do that! Kids shouldn’t have to go through shooting drills at their schools because you never know if you’re next.  Enough is enough.

Just two days later, Calabasas and the surrounding cities—including Thousand Oaks—were hit with one of the worst fires I have ever seen. Growing up, fires were somewhat common. Fire season was thought to be the summer into September and early October—the dryer parts of the year. We would get “fire days” off at school if the air quality was bad enough, or if the fire itself was too close for comfort. Nowadays, there is no longer just a season, a fire could spark anytime, anywhere. 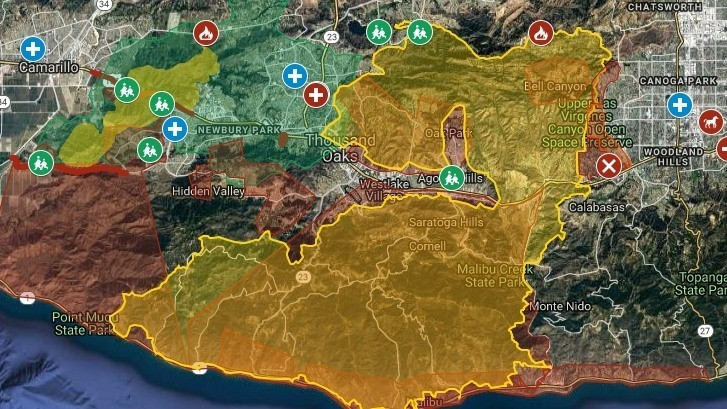 And it did. After having one of the hottest summers on record and, the long standing drought—a thing that seems it will never end—and the nasty Santa Ana winds, everything was working against us. First, was the “Camp Fire,” in Paradise, California, that started on Thursday and has become the deadliest fire ever in the state’s history, with a death toll up to 44 people. The number of buildings destroyed is at about 6,000, most being homes. Basically, the entire town of Paradise was wiped out.

Then the “Woolsey Fire” started in Ventura County and made it’s way to Malibu in about seven hours when it hopped the freeway. It simply was moving too fast for firefighters to keep up with it. The fires just obliterated homes, large plots of land, and other major structures. 200,000 people are still on evacuation orders, not knowing if they’re homes are safe. Currently, the Woolsey fire has burned 96,314 acres and is 35 percent contained. Stars like Gerard Butler, Miley Cyrus and Liam Hemsworth, and Neil Young have all lost their homes in this devastation. Calabasas is still under evacuations, but they are slowly letting people in the Thousand Oaks and Agoura Hills areas to asses the damages to their homes. 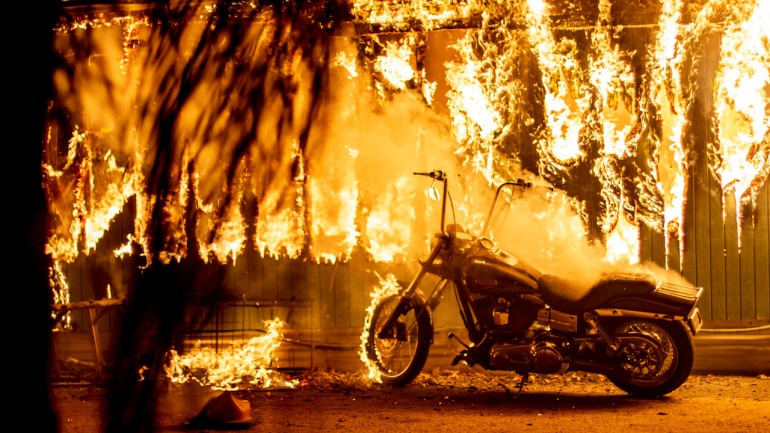 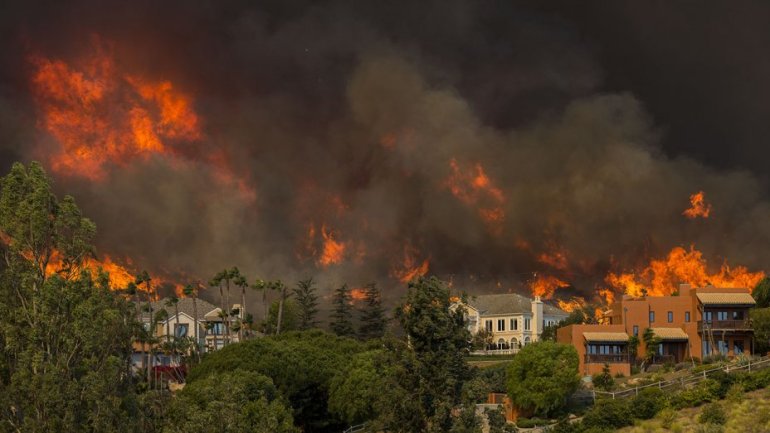 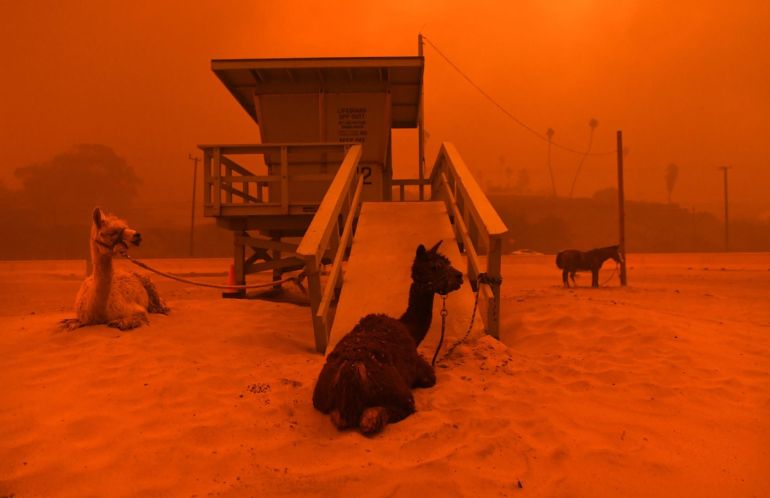 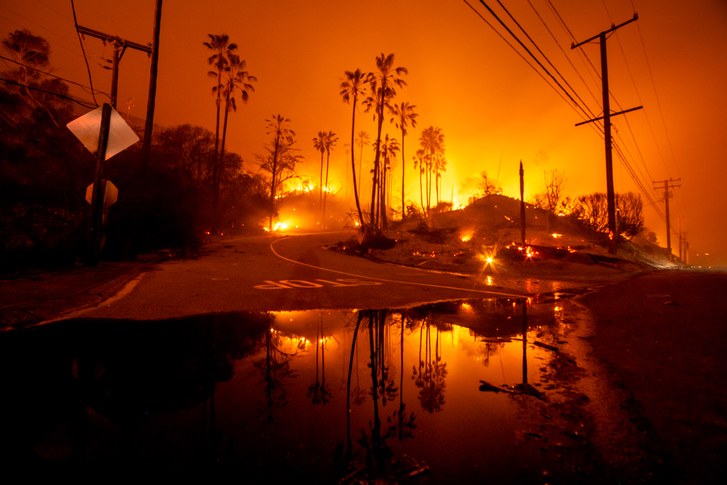 You’re probably wondering, “Why do you care? Aren’t you relieved to be across the country?” I feel guilty. I have some sort of twisted feeling of survivors remorse. Of course I’m incredibly grateful to not be anywhere near these fires, but as I’m trying my best to stay up on the news and in contact with friends, I feel like I should be there. If this had happened just two months earlier, I would have been. I’m watching my home being engulfed in flames. I’m reading about friends’ homes being burnt to the ground. Many homes that were affected, had large animals like horses, goats, alpacas and owners had to figure out a way to evacuate them. Some were tied to lifeguard stands on the beach because it was the safest place for them to go. I lived in the Valley for 20 years and I have never seen anything like this.

This video that ABC posted on Sunday shows a woman driving through Malibu Canyon. It’s truly terrifying. I have driven this same route hundreds of times when I used to work in Malibu. Its haunting.

I miss my town, I miss my friends. No matter where I am, the Valley is my home, so when something happens like a senseless act of violence or hate like a shooting, or a devastating tragedy like a fire, I feel the pain of it to my core.

Below are links to donate to help both victims of the shooting and the fires: