While there is no plus side to COVID-19 and the scary, horrible world we’re living in right now, the content being released is pretty incredible.

During this time, I’ve been feeling massive amounts of helplessness and guilt. So many people have lost their lives, or have dedicated themselves to be on the frontlines helping people. All I’m able to do is to stay inside and where a mask if I must leave the house. I know that it’s important, but I still feel so guilty for not doing more—and I know I’m not alone in feeling this way.

I think it’s so great that people in the entertainment industry are coming together to beat their own feelings of helplessness the only way they know how: through their art. Some are as simple as reading children’s books on Instagram Live, while others are full-on live streamed comedy shows. I wish to share some of my favorite pieces of content that have come out of this quarantine. Some are still available to watch or listen and others were only available for a short time. I will try to include as many fundraiser links as I can.

Many shows (both old and new) have been reuniting to do table reads of fan favorite episodes to raise money for COVID-19 relief. A great thing about these specials is that they are still available on YouTube. 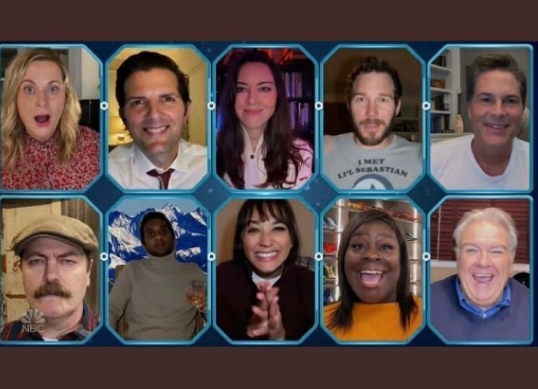 The full cast (and some fan-favorite recurring characters) of my favorite show came together to put on a completely new episode, done entirely in quarantine. The first half-hour was a nice retrospective talking about the show from the first season and how beloved it still is after ending five years ago, followed by the new episode. I was so happy, I cried for the whole hour.

The study group reunited (yes, even Donald Glover!) for a table read of Season 5, Episode 4: “Cooperative Polygraphy,” followed by a Q/A session. It was so fun to see these guys have so much fun reading the episode. They raised money for José Andrés’ World Central Kitchen and Frontline Foods

My favorite spy show came back for a table read of Season 3, Episode 9 “Chuck Versus The Beard.” This kicked off Entertainment Weekly’s #UnitedAtHome series, bringing shows together to raise money for Feeding America’s COVID-19 Response Fund

Their massive cast did a table read and Q/A of Season 3, Episode 6 “How To Have An Orgasm.” Creepy and hilarious to hear Nick Kroll do all his voices for the millions of characters he plays—especially the Hormone Monster. The were also raising money for Feeding America. 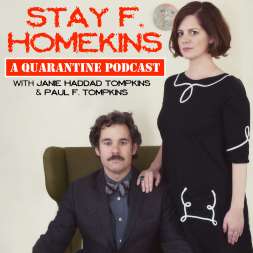 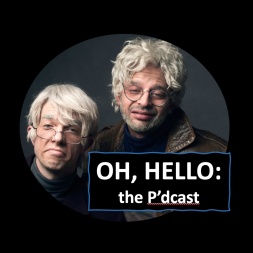 Now that people have nothing but time, there seems to be an influx of new podcasts. Plus, a lot of already established podcasts are finding ways to still create episodes despite being in quarantine.

One of my favorite friendship duo has come together for a little bit of a rewatch. A Scrubs rewatch! Starting from Episode 101, Zach Braff and Donald Faison are doing a complete rewatch of the beloved show that ran from 2001-2010. You get to hear about the inner workings of the making of the show, plus the blossoming of their best friendship. They’ve done 14 episodes (two eps a week!) and have already had three of the other main characters and the creator (twice) in as guests. They sound like they’re having the best time reminiscing about a project that meant so much to them, personally and professionally.

The King of Podcasts and his queen are ending their week with a chat and some weekend water. Paul F. Tompkins and Janie Haddad Tompkins give their listeners a peak into their lives as they recap their previous week in quarantine. It’s a rare treat to have PFT not being behind a character and I really love their dynamic.

Those crazy Tunaheads George St. Geegland and Gil Faizon (John Mulaney and Nick Kroll) have realized that True Crime podcasts are very popular, so they decided to start one following the death of Princess Diana. They’ve had guests like Lin-Manuel Miranda, John Oliver, and Ira Glass. It’s just a whole bunch of nonsense, but I love it.

Stars in the House, hosted by Seth Rudetsky & James Wesley, is live streaming daily until Broadway reopens to support The Actor’s Fund and its services.

Acting for a Cause is streaming plays like Hamlet, Pride and Prejudice, and Jane Eyre with some of Hollywood’s up-and-coming stars like Justice Smith, Natalia Dyer, and Madelaine Petsch.

One World: Together at Home in collaboration with the World Health Organization (WHO) and Global Citizen featured a line-up of performances from all over the world: John Legend, Lady Gaga, Lizzo, ect.

There are plenty more events that have happened that I’m missing, but these are some things that have brought me some comfort in the past two and a half months. I shall leave you with a live rendition of the Community theme song that happened during their table read and it really made me happy.

Stay safe, stay inside, and WEAR A MASK!