One month down, eleven to go! I watched a lot of stuff and and read even more. It’s a long one—let’s get into it!

Hello! Pop culture and entertainment rule my life. I decided that it would be fun to do a little recap of all the media I consume each month:

A strong reading month is a great wait to kickstart a year! 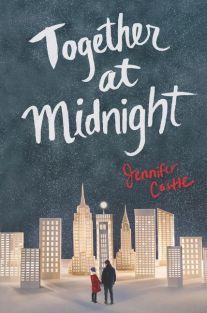 Together at Midnight by Jennifer Castle
After witnessing a terrible accident, two acquaintances get to know each other through a New York snowstorm during the time between Christmas and New Years. They vow to do Random Acts of Kindness through the city to clear their conscience. It was fine, nothing special. I felt that the subplot with Kendall’s brother was pretty irrelevant, it kind of just added extra drama that was unnecessary. I also found that the short interjections from the people they helped were useless. They kind of tainted the acts of kindness. I liked the ending and all the wintery vibes. All in all, it was a solid three star read.  ♥♥♥

Love and Other Words by Christina Lauren
After finally feeling settled in her life with a lovely man and a fulling job, Macy’s world is thrown for a loop when she literally runs into Elliot, her childhood best friend—a love of her life. Oh, I really loved this. The more Christina Lauren books I read the more I love them. Getting to see how Macy and Elliot’s relationship developed with the flashbacks to their childhood was so special. You got to see how their friendship gradually turned into love, a slow burn that felt very authentic. ♥♥♥♥♥

It’s Always Something by Gilda Radner
This just made me love Gilda even more. What a strong woman with an incredible spirit. I picked this up after watching her documentary. I listened to the audiobook that she recorded herself, only a month before she died. ♥♥♥♥♥

Always Never Yours by Emily Wibberley and Austin Siegemund-Broka
I’m obsessed with the cover. It’s so sweet. All the guys Megan has been with always fall in love…right after being with her. As she sets her sights on a new fling, she gets help from the nerdy playwright who has suddenly grown more handsome. When auditioning for the school’s play of Romeo and Juliet, she didn’t expect to be cast the leading role of Juliet. She just needed the performing credit to get into her dream school for directing and now she has to play the lead! Megan was a great lead. She seems to be much different from the usual YA contemporary main characters. She’s sure of herself, blunt, and goes for what she wants, though she does still have some insecurities. A lot of time you have a MC who is very passive, just waiting around for the guy or for something to happen to them. Not Megan. All the characters were relatable, sounding and acting like typical teenagers. While there were a lot of characters to keep track of, they flowed seamlessly throughout the story. And it’s written by a husband/wife duo! ♥♥♥♥

Just for Clicks by Kara McDowell
I made a whole post on this book here.

Maybe in Another Life by Taylor Jenkins Reid
My very first Taylor Jenkins Reid! I own three of her books, but this was my first time actually reading one. I loved it! Following two different timelines, we see how one decision can decide your entire life. Reid is taking a rather simple plot and putting a captivating spin on it. The two timelines mirrored each other at times but were still very distinct, I never got confused on which side of the story I was reading. I can’t wait to read more of her work. ♥♥♥♥♥

Two Can Keep a Secret by Karen McManus
ThIS BOOK! I don’t want to say much because its a mystery but I didn’t see the twist coming at all. Ellery and her twin brother are sent to live with a grandmother they hardly know in the small town of Echo Ridge, where everyone know each other and all their business. Known for it’s tragedies over the years, crime obsessed Ellery is ready to get down to business when threats start being done against the Homecoming court. I think I may have liked this more than McManus’s debut, One of Us is Lying. This was more focused and tight. I’m starting to really enjoy mysteries! ♥♥♥♥♥ 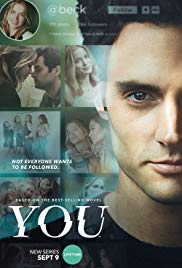 You:
My best friend has been wanting me to watch this show for months. It was so ridiculous and I loved it. So watchable and so Lifetime—I wouldn’t say this is great storytelling and is Emmy-worthy, but it was entertaining. I’ve missed Penn Badgley on my TV screen. His character is reminiscent of Dan from Gossip Girl but obviously much more sinister. What do you do when you find the bad guy extremely charming? His voiceovers were funny, sometimes a little chilling. The main girl was awful. Her character and the actress playing her were so cringe worthy and annoying. It will be interesting to see how season two will play out since it’s going to be made by Netflix—I assume more graphic.

Rent Live:
I remember seeing Rent with my mom on Thanksgiving, sitting in the movies theater completely transfixed. The soundtrack was in ongoing rotation. I went on to seeing the stage show three times, with one including the original actors for the parts of Roger and Mark. I don’t expect the live shows being done on FOX and NBC to be very good but I thought I would give it a shot.

Jordan Fisher was a pretty great Mark. They took the character in a different direction. When it was Anthony Rapp, he hid behind his camera. Fisher was smoother, great dancer, and the leader of the pack. He looked a lot younger than everyone else, but probably was the best in the show. Most of the “live” show ended up being pre-taped footage from their dress rehearsal since the actor playing Roger broke his ankle the night before the show. Mimi is okay. My favorite Mimi that I’ve ever seen is still Rosario Dawson(the movie) even though I bet Renée Elise Goldsberry was great in the role. She looked really young. I know she’s supposed to be 19 in the show but this girl looked real immature. So many of these songs are really belty, powerful songs and they just didn’t have the singers to back it up. “I’ll Cover You Reprise” is one of my all time favorite songs and when I heard that Brandon Victor Dixon was playing Collins I was pumped. He was in Hamilton! He has a Tony! But the arrangement they did with that song really let me down. Vanessa Hudgens was good and brought the right personality to Maureen.. I feel like maybe the cast wasn’t giving it 100% because it was the dress rehearsal footage, it lacked power and oomph. However, having the ENTIRE OG cast come out at the end to line up and sing “Seasons of Love” made my heart happy.

Don’t Worry, He Won’t Get Far on Foot
A true story about an alcoholic who is paralyzed after a horrific car accident. As he gets sober he rediscovers his love for art, becoming a famous cartoonist. It was fine. Knowing that it was a book first makes more soon.

Love, Gilda
Sweet, sweet Gilda! Hearing the story of her life was so bittersweet. What a strong woman who fought her way to playing with the big boys of the comedy world in the 70’s. From the interviews in this doc, you can tell that she charmed everyone she came in contact with—everyone loved her. 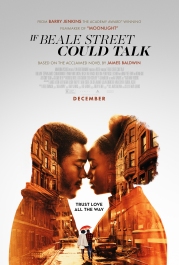 If Beale Street Could Talk:
An adaptation of James Baldwin’s novel, this follows a young couple separated when the man was put in jail for something he didn’t do.This was really beautiful. The directing, the score, the setting, all were so beautiful. However, it was painfully slow. The long character shots sometimes got to the point of uncomfortable for how long the camera stayed on a certain character. I’m surprised it didn’t receive more love in the Oscar nominations. More on that to come!

Mary Poppins Returns:
After only three hours of sleep I went to see this in theaters again and fell asleep. I was all snuggled up with my sweater acting like a blanket and I just kept dozing in and out. I bet I was snoring, too. Thank God it was noon on a Tuesday and there weren’t many people in the theater. Embarrassingly enough, this isn’t the first time this has happened…

On the Basis of Sex
I’m surprised this hasn’t gotten more hype. Felicity Jones was incredible as Ruth Bader Ginsburg. I knew RBG was awesome, but like, what a badass! Girlfriend not only had her own work to do in law school but she was going to all her husband’s classes and typing his papers at the same time. The last shot was breathtaking. Felicity Jones is walking up the steps in Washington D.C. and then the camera goes behind a pillar and you then see Ruth Bader Ginsburg herself walking. So powerful.