Once I discovered my love of audiobooks, I read a lot of non-fiction books in 2019. Mostly in the form of memoirs. 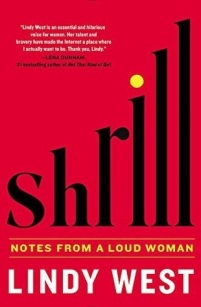 Every single one of these became some of my favorite memoirs, up there with Yes Please by Amy Poehler and Why Not Me? by Mindy Kaling. Some made me laugh a lot, like the books by Andrew Rannells and Pete Holmes. And others made me cry so, so hard; reading Stephanie Wittels Wachs discuss the months her brother’s, comedian and writer Harris Wittels, drug addiction that led to his death was both parts hysterical and heartbreaking.   I really resonated with the stories in Shrill and Hunger, as the both talked about the struggles of being fat in a world that hates fat people, especially fat women.

Going into this new yeaR, I want to keep up this non-fiction streak so leave me some of your favorite reads in the comments!