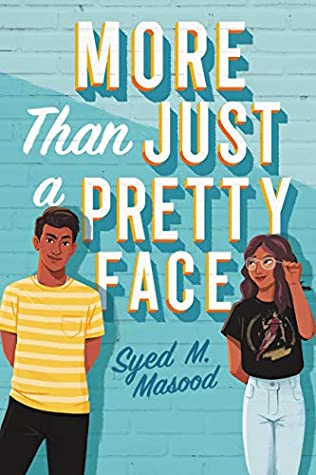 For fans of Becky Albertalli and Jenny Han, a sweetly funny YA rom-com debut about falling in love, familial expectations, and being a Renaissance Man.

Danyal Jilani doesn’t lack confidence. He may not be the smartest guy in the room, but he’s funny, gorgeous, and going to make a great chef one day. His father doesn’t approve of his career choice, but that hardly matters. What does matter is the opinion of Danyal’s longtime crush, the perfect-in-all-ways Kaval, and her family, who consider him a less than ideal arranged marriage prospect.

When Danyal gets selected for Renaissance Man–a school-wide academic championship–it’s the perfect opportunity to show everyone he’s smarter than they think. He recruits the brilliant, totally-uninterested-in-him Bisma to help with the competition, but the more time Danyal spends with her…the more he learns from her…the more he cooks for her…the more he realizes that happiness may be staring him right in his pretty face.

This was SUCH a joy! I rarely laugh out loud when reading a book, but this totally got me. There was so much heart and really great character development. While I can’t speak on the Muslim representation, I am always excited to read more #OwnVoices stories.

Despite the expensive, academic private school, Danyal Jilani isn’t very bright—just ask him or anyone around him. What he is good at is cooking, so good that he is an apprentice at a small but upscale French restaurant. To him, school doesn’t matter when you’re going to a chef. When Danyal’s final history grade comes down to a huge paper and presentation in front of a team of judges, he needs to exceed literally everyone’s expectations in order to graduate.

Anything that comes his way, you are just constantly rooting for Danyal to come out on top. Easy for a confident and self-assured character like him to come off arrogant, but he was so captivating and charming that you immediately liked him. There was such an openness about him as a character, one of the best male character’s I’ve read in a long time.

He was really left on his own when it came to this assignment because no one would take him seriously.  The author did a great job at relating the history Danyal was studying and researching to what was going on in his own life—everything circling back to food. 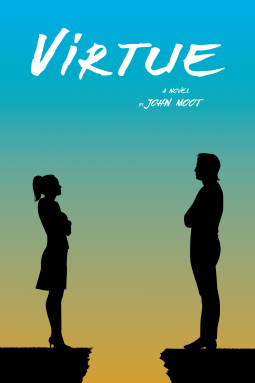 Virtue explores the vulnerability and randomness of human existence through the lives of Tom and Hannah Holder, each of whom are grappling with midlife crises. Hannah is sick of being a stay-at-home mom marooned in a rural college town, her teenage daughter, Madison, is the subject of anti-LGBTQ bullying, and her teenage son, Dillon, is failing at school and having run-ins with the law. Her husband Tom, a philosophy professor, once supported her plea for change—a return to Boston that would give their kids a fresh start and her the chance to finally finish her law degree—but now his life is unraveling as he struggles to fend off attacks on his career from the college president, reconcile with his estranged, cancer-stricken father and confront a dark, hidden past.

There was really nothing wrong with this book. It held my attention throughout, but it was just ordinary. It’s just a regular familial drama, following the Holder family over the course of a year as they go through struggles with marriage, employment, and reuniting with a sick parent.

I would have loved to had seen more from the children. Madison’s struggle with her sexuality and dealing with bullies, especially the fact that she tried out for the football team. The son Dillon was struggling with partying and drinking, even getting a ride home from the cops, and then it was never talked about ever again. These characters could have been fleshed out to create really compelling storylines. All the characters could have been expanded on to have given the reader a more well-rounded view of these characters.

ARC was provided by the publisher in exchange for an honest review.