Hello! Pop culture and entertainment rule my life. I decided that it would be fun to do a little recap of all the media I consumed each month:

Because September was a waste of a month for me, I’ve decided to combine it with October. 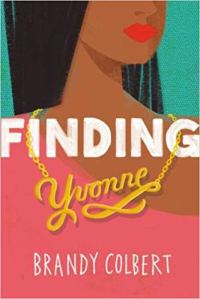 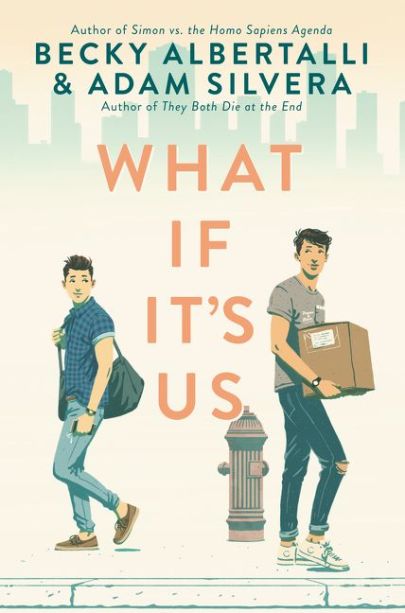 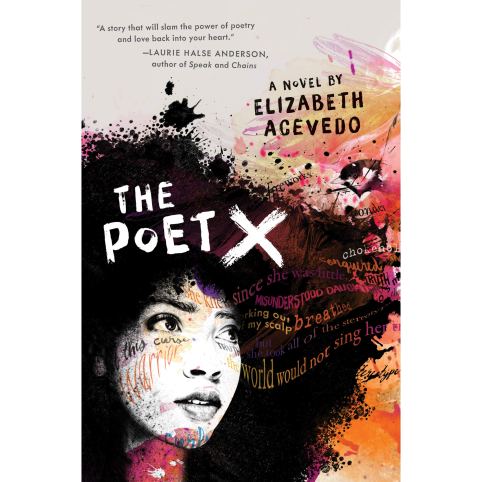 Brain on Fire: My Month of Madness by Susannah Chalan – This book fucked with my mind. Because I have my own health struggles, I’m always fascinated with stories involving other people’s health journey. This was absolutely terrifying. Everything Cahalan went through—and at such a fast paced—was so awful, but also extremely gripping.  A book about medical issues can easily be filled jargon no one without a medical degree can understand but Cahalan simplified everything to a point where it was easy to understand, without completely dumbing it down. I flew through this book and really enjoyed learning about her experience. 5/5

Finding Yvonne by Brandy Colbert – I loved the story and the characters but I wanted MORE. at only being 276 pages, I felt like there was a lot missing. So many storylines or themes could’ve been fleshed out more. And also, blackness in general could have added more to the story (go into it more about how successful her father is while being black) – sometimes this was mentioned but I think could have been made a major component to the story. I would have loved to see more of warren and Yvonne relationship before all the drama. I just. Needed. MORE! 4/5

Unbroken: 13 Stories Starring Disabled Teens by Marieke Nijkamp – really disappointing. I only ended up reading half of the stories. I think I wanted a little more variety with the characters and their disabilities 2/5

Evidence of the Affair by Taylor Jenkins Reid – short little novella, told through letters between two people whose significant others are cheating with the other

What If it’s Us by Becky Albertalli and Adam Silvera – One of most anticipated reads. And it was just okay. I mean it’s still 4 stars but it I expected better. You can distinctly tell which chapters and characters were written by which author, and I feel like there should have been more cohesion between the writing. Granted, this is their first book together and who knows if they’ll do another. I also didn’t really like the character of Arthur, one of the main characters. He was whiney and immature and just annoying. 4/5

The Opposite of Innocent by Sonya Sones – 3/5 stars

The Poet X by Elizabeth Acevedo – I read two books told in verse this month. I used to read these kinds of books when I was younger— I could not wait for the next Ellen Hopkins book to come out. Yet, in recent years, I’ve been kind of avoiding them but this book was held in such high regard that I decided to give it a shot one day, killing time at Barnes and Noble. It was beautifully written and flowed so well. I really loved it. 5/5

Sadie by Courtney Summers –Blew me away! I was so in it throughout the entire book. There’s a reason why everyone is talking about it.Once again the hype is warranted! I’m not well versed in mystery and thriller, but this was really incredible. I loved the mixture of narrative and podcast format. Like with the emergence of text messages years ago, I think this format will show up in many books in the future. 5/5 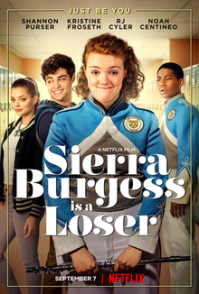 Sierra Burgess is a Loser – This made me sad. I wanted it to be great, especially coming in after To All the Boys I’ve Loved Before and The Kissing Booth, but it was just way too problematic, particularly in terms of consent. Kind of left a bad taste in my mouth.

Little Women – This is the new modern day retelling of the classic. The character of Jo isn’t exactly the most likeable of characters but this girl took it too far. She was SO obnoxious. She overacted so much that it was just cringey to watch. Give me back my dear Winona Ryder!. Beth had little but more personality and didn’t act so much like a child which I liked. Another thing that was weird about the movie, and this is a total me problem, but Laurie was played by Lucas Grabeel, otherwise known as Ryan from the High School Musical movies. I just couldn’t get past it and take him seriously, especially when he was trying to profess his love Jo.

A Star is Born – Loved it! Bradley Cooper did a really incredible job, both as lead actor and as his directorial debut.  Lady Gaga was pure magic. All the music was really great. The two things that really bothered me was that time and place were never really established, but that could have been intentional. When she was home with her dad she sounded like she was in New York or Jersey and next they’re driving to Arizona and then doing a gig at the Greek in LA. Grounding would have been good.

The Hate U Give – Obsessed! Made a whole post about my love of this movie.

Hocus Pocus – My first viewing! It was cute. I love a young Thora Birch, and I still can’t believe the kid wasn’t a young Jared Padalecki. It’s a little dated especially for a kids movie mentioning the fact that the boy is a virgin SO. MANY. TIMES. But it was fun!

All Summers End – I love teen coming of age stories, in any and all forms. Tye Sheridan made me so heartbroken throughout the entire movie, same with Kaitlyn Dever.

The Shining – this was another first viewing and I watched this on Halloween, sitting with my dog in my parent’s bedroom while my mom handled the candy. I get it. It’s a classic. No one could do that role except for Jack Nicholson. I had a hard time taking Shelley Duvall seriously, specifically when she’s running, with her floppy arms.

And of course it wouldn’t be October without watching some of the classics: The Nightmare Before Christmas, Halloweentown 1/2/3, Beetlejuice, andThe Great Pumpkin Charlie Brown.

Merry Christmas, my dudes ✌🏼 . . . . . #reading #bookshelf #bookstagram #books #chronicpain #chronicillness #disney #christmas #happychristmasharry #hp #harrypotter
This gave me all those fall vibes. I didn’t think I could love Jenny Slate any more than I did until I read this quirky, vulnerable, and beautiful book. And look at that cover! . . . Head to the link in my bio to check out my blog where I talk about books and the obstacles of living with chronic pain. My post today is all about why I’m skipping my high school reunion. . . . . . . #bookstagram #bibliophile #booklove #bookworm #reader #bookblogger #coverlove #currentlyreading #blog #wherethetiredgirlsare #chronicillness #chronicpain #invisibleillness #chronicheadaches #migraines #fibromyalgia
👻🎃💀🧡 . . . . . . #halloween #disney #waltdisneyworld #wdw #magickingdom #mickeymouse #fall #autumn
The only thing that can interrupt my reading ❤️❤️❤️ #nationalcatday #MissPennyLane
The day was kind of a bust, but any day at Disney is magical 🎃 #Disney #waltdisneyworld #wdw #magickingdom #halloween #fall #october #autumn
Head over to the link in my bio to read my ramble on mental health! I know the world is a mess but the only thing you have control over is yourself. Taking care of your mental health is incredibly important, just as important as your physical health . . . . . #mentalhealth #depression #anxiety #OCD #selfcare #worldsmentalhealthday #mentalillness #mentalhealthawareness